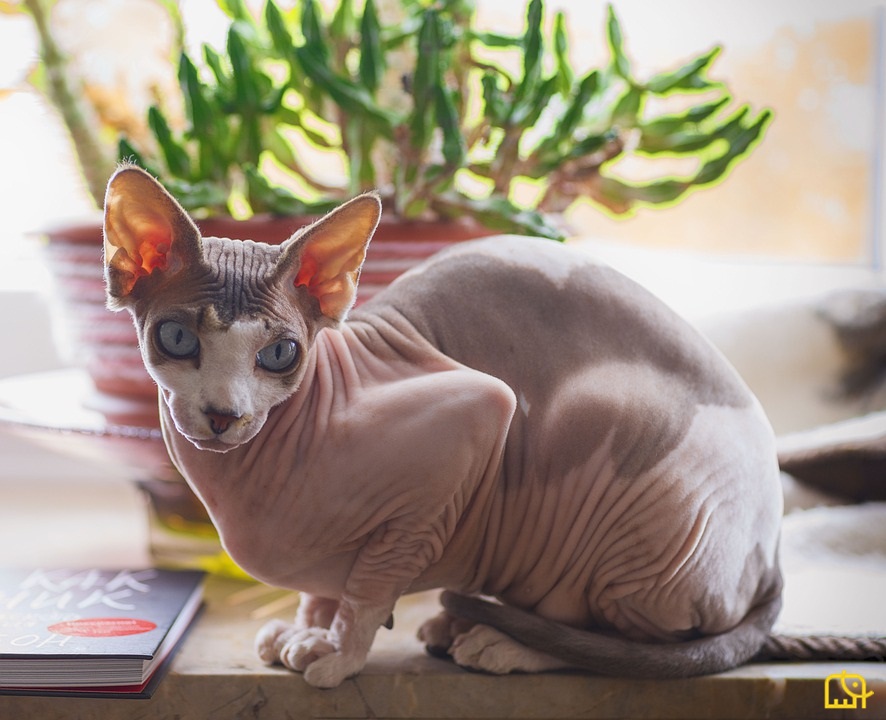 About The Sphynx Cat Breed

The Sphynx is one of the most unusual and rare of all domestic feline breeds. Its most distinguishing characteristic is that it appears to be entirely hairless. However, most Sphynx do have some degree of short, sparse downy fur that is most noticeable on the ears, muzzle, tail, feet and scrotum. When present, even this fur is barely perceptible to the human eye or to the human touch. The fine fur tends to be more visible on young kittens and then thins or disappears with age. The markings and coloration are highly unique to each Sphynx cat, with color depending entirely upon the pigmentation of its skin. All of the usual domestic cat colors and coat patterns can be found in the Sphynx. The texture of the cat’s skin – which has been said to resemble the fuzz of a peach – feels like soft chamois leather or suede and usually is noticeably warm to the touch. Whiskers and eyebrows may or may not be present, and when present they may be either whole or broken. Kittens are more uniformly wrinkled than are adults, but mature Sphynx should retain some wrinkling, especially around their shoulders and neck.

Hairless cats have been recorded throughout history, particularly in Mexico and France. The ancient Aztec civilization in Central America supposedly bred hairless cats hundreds of years ago. Reportedly, the last Mexican hairless pair was given to an American couple in Albuquerque, New Mexico, by Pueblo Indians in 1903. Apparently the male of that pair subsequently was killed by a pack of dogs, and so that line of hairless cats disappeared. Historically, in most places, the occasional hairless kitten in an otherwise “normal” litter was viewed as being undesirable and was placed as a pet.

The Sphynx as we know it today is originally a Canadian breed that derives from a spontaneous genetic mutation. In 1966, one of a litter of kittens born to an ordinary short-haired black and white domestic cat in Ontario was virtually hairless. The owner called the kitten “Prune,” due to his wrinkled, bald appearance. A cat fancier and Siamese breeder purchased the hairless kitten and used him as the foundation of a new breed of cats with little to no hair coat. Prune was bred to a number of other cats, resulting in some coated and some hairless offspring. Because the Sphynx’s relative hairlessness comes from a recessive genetic mutation, both parents need to carry the “hairlessness” gene in order to ensure that all of their kittens will have a similar hairless appearance. Hairless kittens from Prune’s litters were called Canadian Hairless Cats. Some people referred to them as Sphynx Cats, because of their resemblance to an ancient Egyptian cat sculpture.

Between 1975 and 1978, several hairless kittens were born to litters in Minnesota and Toronto, arising from natural spontaneous mutations. Those kittens, named Punkie, Paloma and Epidermis, were eventually crossed with Devon Rex, a breed with a fairly sparse, curled coat. Descendants of Prune were added to the mix. Today’s Sphynx trace their ancestry back to these matings.

Some purebred cat registries have refused to recognize the Sphynx breed, on the grounds that its hairlessness is a genetic abnormality which may be potentially harmful to the cats’ health, longevity and well-being. The Sphynx has long been accepted for registration by The International Cat Association (TICA), as well as by several independent cat clubs in Europe. The Cat Fanciers’ Association granted it provisional status, but subsequently revoked that status. The CCFF accepted the Sphynx for championship status in 1971. The Sphynx is not currently recognized in Great Britain but has a firm following in North America. Interest in this breed is increasing, especially in Belgium and the Netherlands.

Because of their relative hairlessness, Sphynx cats are especially vulnerable to climatic changes – particularly to the extremes of heat and cold. They should not be allowed outdoors unattended in cold weather, as they have limited means to conserve body heat. They also are predisposed to becoming sunburned, especially on their lighter areas. Sphynx are prone to developing skin allergies and related lumps and bumps. If their skin is not cared for properly, they can develop a greasy detritus, which must be sponged and scraped away.

The Sphynx has been referred to as “the ET of the cat world.” This is an intelligent, inquisitive, extremely friendly breed that is unusually people-oriented. Sphynx commonly greet their owners (or any other person, for that matter) at the front door, with obvious excitement and happiness. Sphynx are not known to be particularly fond of dogs or other cats, preferring all the available attention for themselves, although many do bond well with other companion animals. This probably is not the best choice for a home with young children. Whether a person is fond of this bald wrinkled cat, or whether a person is less than enthusiastic about its appearance, everyone has a strong and memorable reaction to meeting their first Sphynx.

Sphynx are alert, agile, highly active cats. They are perfectly capable of entertaining themselves for hours on end. Some enjoy a good game of fetch or chase. Their lively antics are a constant source of entertainment for their owners, who refer to them as being “elf-like.”

The Sphynx has a characteristic stance, where it holds one of its front paws up and tucked back under its belly. They do not especially like being carried or petted vigorously, although they do love to lay on laps, earning them the nickname “the velcro lap cat”. Sphynx prefer to be on warm, soft surfaces rather than on the ground or floor. Common places to find these cats are on top of computer monitors, in sunny windows, on a television or tucked under a blanket. They are well known for sleeping with their owners under the covers, as they are perpetual heat-seeking. The natural curiosity of the Sphynx can lead it into potentially dangerous situations. They certainly should not be left unattended out of doors for any long period of time. 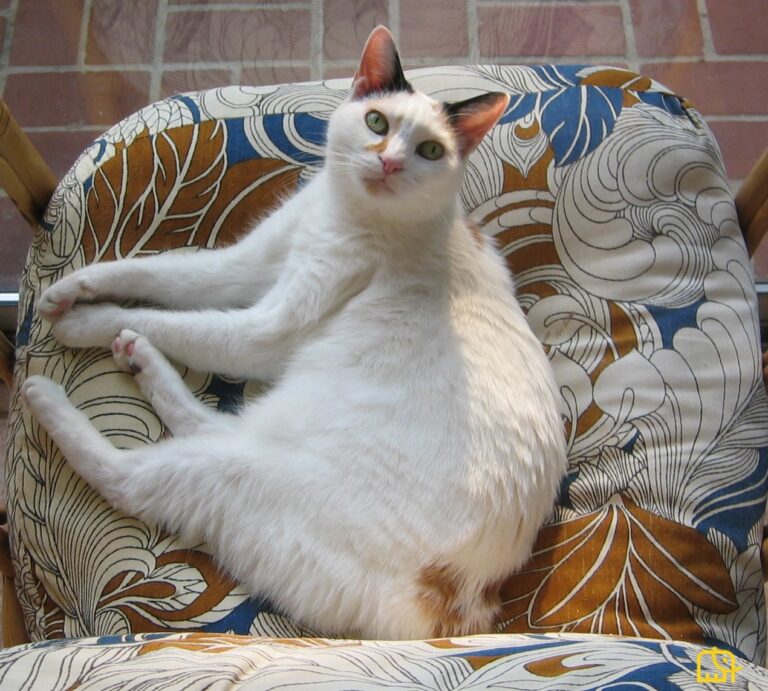 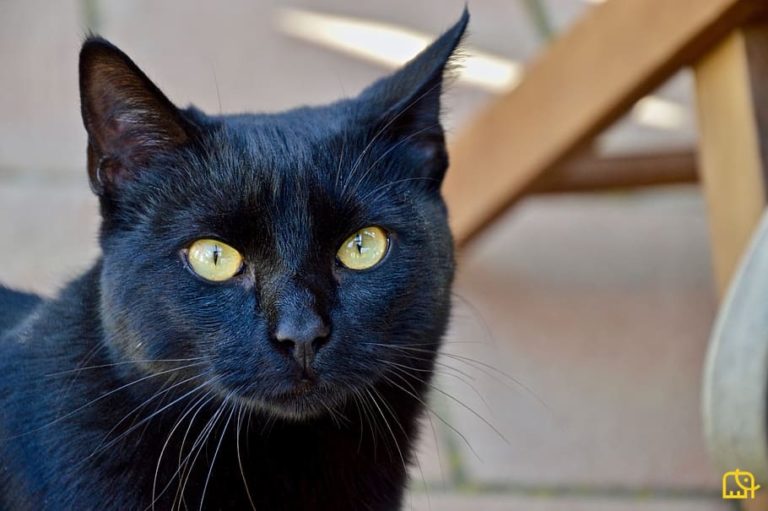 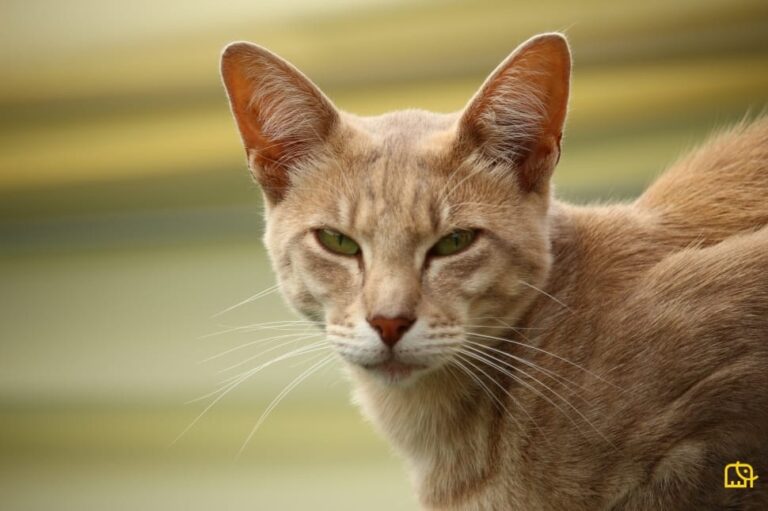 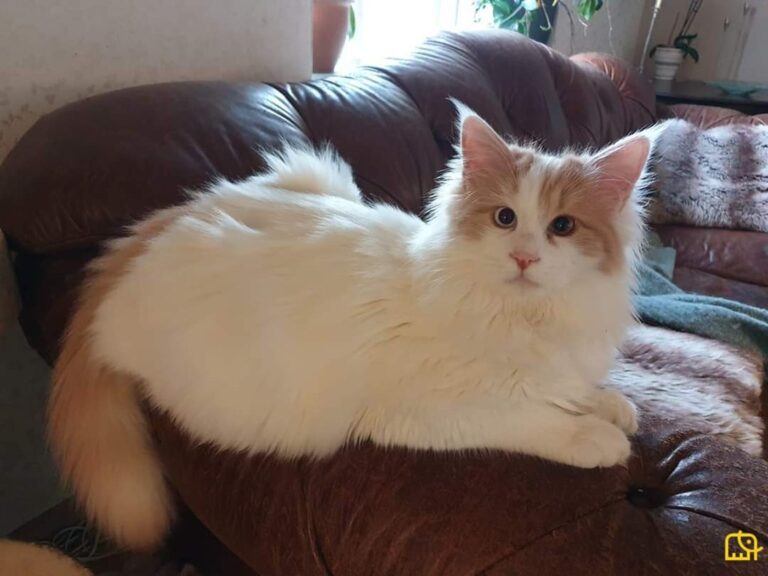 About The Turkish Van Breed The Turkish Van is one of the larger, more heavily-built domestic cat breeds. Males average between 10 and 20 pounds, and females weigh substantially less. They have long, strong legs, massive rounded paws and well-defined muscles, which allow them to be very strong jumpers. Their head is blunt and wedge-shaped,…