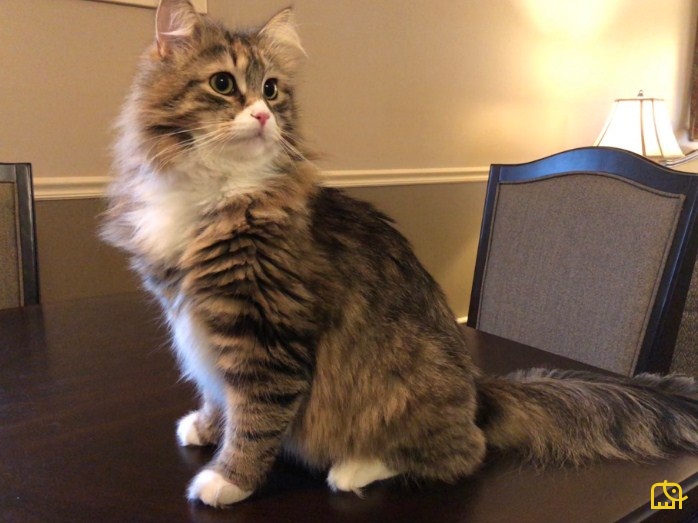 About The Siberian Cat Breed

The Siberian is an ancient, semi-longhaired domestic breed that originated in and is the national cat of Russia. The breed is recognized by most purebred cat registry organizations, which accept Siberians of any color (including color points) for competition. The traditional, and still the most common, coat color is the Golden Tabby. Siberian kittens are short-haired at birth, with no outer guard hairs developing until they reach about three months of age. Their winter coats are decidedly more lush than are their summer coats.

Siberians are strong, powerfully-built cats with muscular hindquarters, thick legs and large, well-rounded paws. This breed has visible ear furnishings and a long, water-repellant coat, with an obvious ruff of longer hair around the neck resembling a mane. Their barrel chests, broad foreheads, medium-sized tufted ears and stocky builds set them apart from their cousin Forest Cat breeds, the Maine Coon and the Norwegian Forest Cat. Siberians are solid cats weighing on average between 11 and 15 pounds for males, and 9 to 12 pounds for females. As with many large breeds, Siberians are slow to mature and do not reach their full growth, coat and maturity until they are four or five years of age.

Siberians are considered to be quite intelligent and good problem-solvers. They are loyal, outgoing, playful, affectionate and sociable, making the breed a good choice for those who think that they are so-called “dog people” rather than “cat people.” Many a devout dog-lover has succumbed to the zany, charming ways of the Siberian cat. The Cat Fanciers’ Association (CFA) profile of this breed warns people in a friendly way to “[e]xpect the unexpected when sharing your home with a Siberian.”

Siberians are known to be exceptionally active and athletic. They can jump great distances and leap to great heights with no apparent effort. They have been described as having a talent to fly through the air with the greatest of ease. Despite this skill, their agility and grace usually helps them to avoid demolishing fragile household décor during their zooming romps. Still, this is not a cat to leave unattended in a room with priceless breakable possessions on the mantle or coffee table.

Siberians are dog-like in a number of ways. For example, many of them will run to the front door, greet their owners happily and then follow them determinedly around the house until they settle in for the evening. Others will respond to their names and come quickly when they are called.

Some authorities believe that the Siberian might be the original ancestor of all domestic long-haired cat breeds, dating back thousands of years. The Siberian probably originated in the northern part of the former USSR, in the vicinity of St. Petersburg (formerly Leningrad). It first and foremost was a working cat on Russian farms, where its hunting skills were prized for keeping barns and other rural buildings free from mice, rats and other vermin. The Siberian’s long, thick, silky coat is probably the result of a genetic mutation combined with a natural adaptation to the harsh weather of that remote area. As people immigrated to the cities, their cats joined them and adapted equally well to urban life. The early Siberians cross-bred with native wild cats, and with feral city cats, of all colors, coats, temperaments and types.

One of the earliest records of the Siberian cat outside of Russia is contained in a book titled Our Cats and All About Them, authored by Harrison Weir and published in 1889. In that book, Mr. Weir, who was a long-time cat fancier, described and illustrated a long-haired Russian cat that appeared in one of the earliest cat shows in England in 1871. Siberians have been bred selectively in St. Petersburg, and more recently in Germany. The first Siberians were imported into the United States in 1990. The breed was accepted for registration by the Cat Fanciers’ Association (CFA) in 2000 and was granted full championship status in 2006. However, Siberians are still extremely rare in this country.

The Siberian is a hardy breed. There are no particularly distinguishing health predispositions reported for this breed. 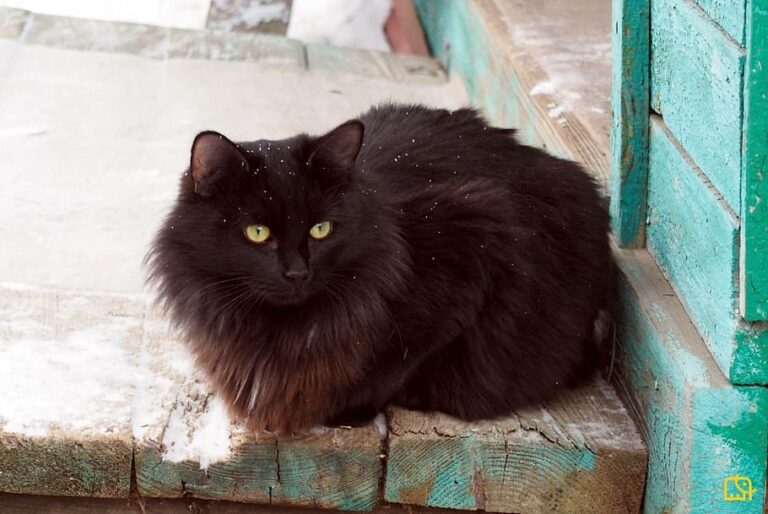 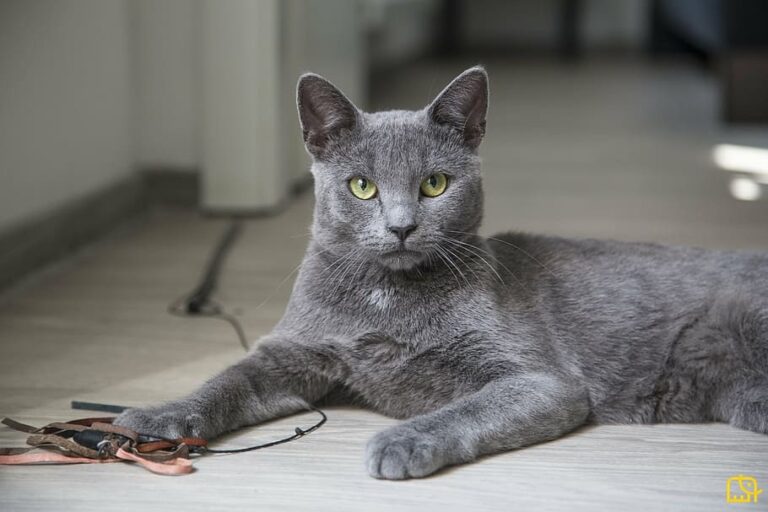 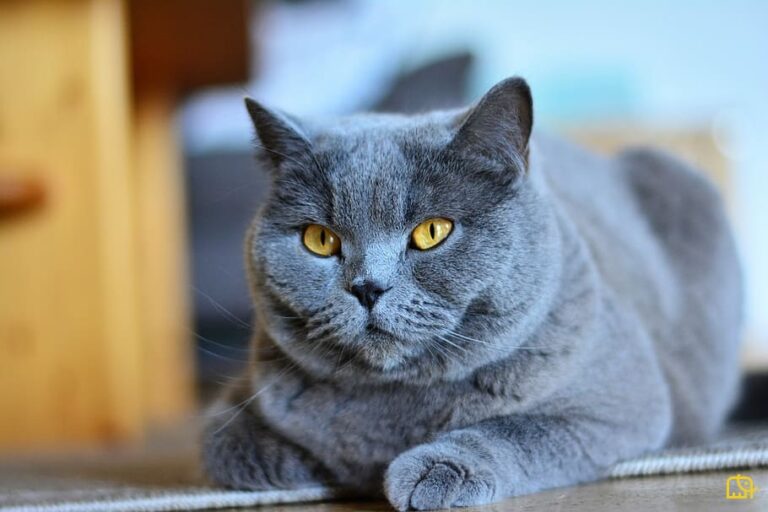 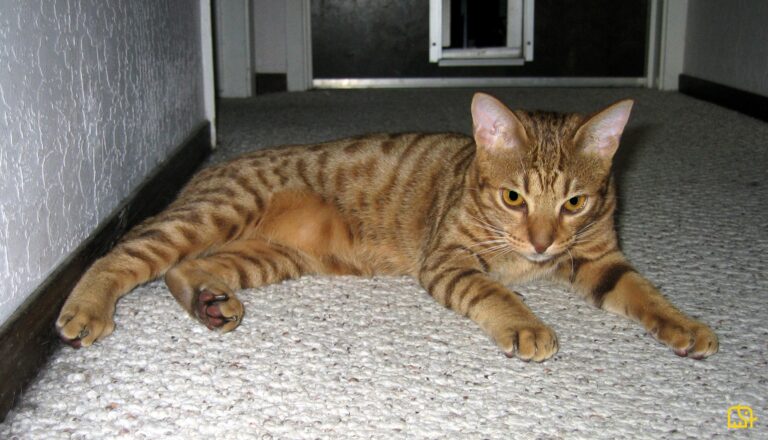 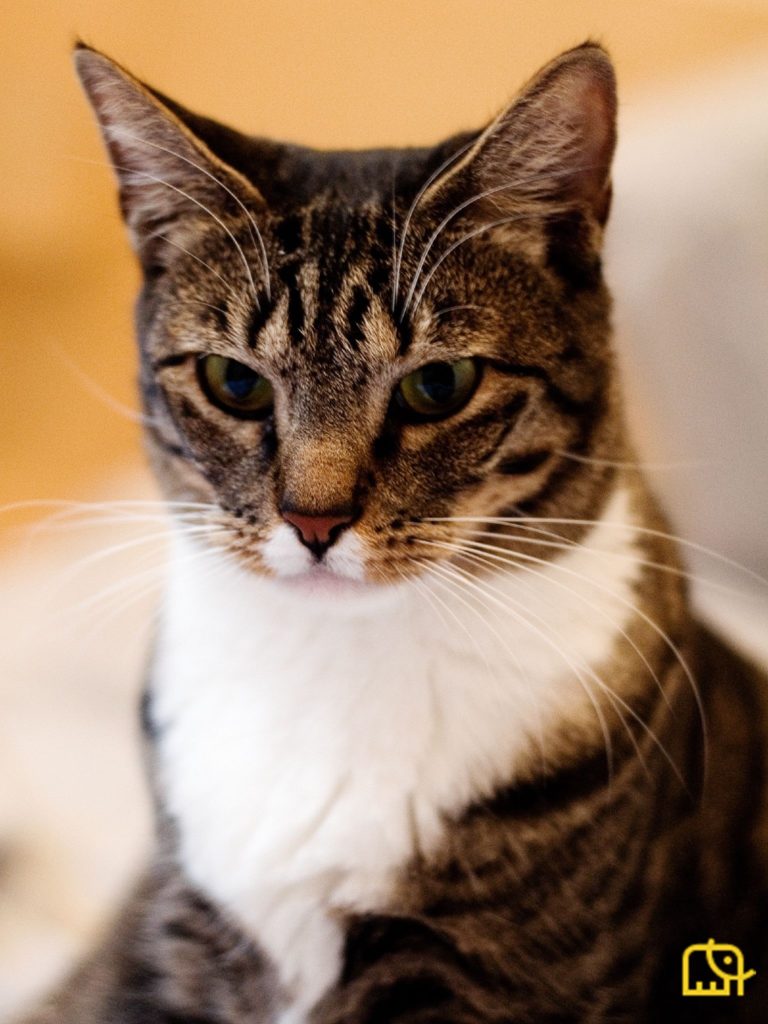