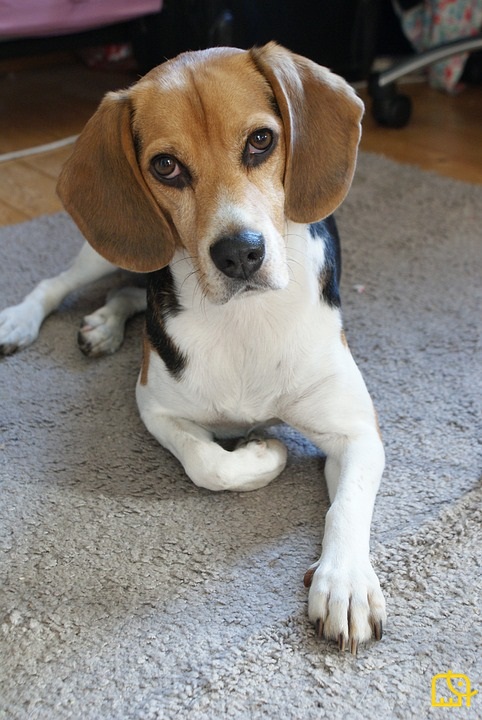 The Beagle, also known as the English Beagle, the Regal Beagle and the Jelly Dog, is instantly recognizable by its miniature foxhound look and is one of the most popular breeds in America. It is the smallest of the British pack-hounds and, with the Otterhound and Bloodhound, is among the closest to the original ancestors of all hound breeds. The origin of the Beagle’s name is not known, but it may derive from the Gaelic word “beag,” which means “little.” It also may come from the French term “be’geule,” referring to the baying voice of the hounds when in pursuit of game. The most well-known of all Beagles perhaps is Snoopy – Charlie Brown’s friend and companion from the “Peanuts” cartoon strip created by Charles Schultz.

Beagles are compact, friendly and happy little hounds with beautiful, haunting voices (which neighbors sometimes do not appreciate). Beagles were recognized by the American Kennel Club in 1885 as members of the Hound Group. The National Beagle Club was formed in 1888 in the United States. The Beagle has only grown in popularity since, both as a working dog in the field and as a gentle, trusted family friend.

Beagles are the most popular hound breed according to the AKC. They are squarely built, sturdy hound dogs with a short and easy to care for coat. Beagles resemble English Foxhounds but have broader heads and shorter legs than their cousins. Their muzzle is straight and square and they have wide, drop ears. Beagles’ eyes are brown or hazel in color and have a distinctive expression which usually makes them look like they want something. Their tails are straight and should be carried high and erect at all times. Beagles most commonly come in two color variations – tricolor or red and white – but all hound colorings are accepted in the breed standard.

Beagles resemble small Foxhounds and stand from 13 to 15 inches at the shoulder and weigh between 18 to 30 pounds. Females weigh in at the lighter end of the spectrum, while males are typically heavier.

Beagles have a short, dense coat that lays flat across the body and is weather-resistant. They shed lightly throughout the year, but this is manageable through weekly brushing.

The AKC standard allows for all hound coloring. The most common color for Beagles is tricolor with a black saddle, white legs, chest, belly, and usually a white tip on the tail. Tan occurs on the head and around the saddle. The second most frequent color combination is red and white in a spotted pattern on the face, neck, legs and tip of the tail. Tricolors are born with only black and white markings, and the brown settles in with age. Beagles almost always have white tipped tails – a characteristic that developed so hunters were able to spot the dog when they’re hunting in tall grass.

Beagles shed year round, but they grow thicker coats in the winter, making Spring a heavy shedding time for this breed. Weekly brushing with a higher frequency in Springtime can keep hair from making a mess around the house. They are naturally clean dogs, so they don’t require a lot of bathing, but some Beagles like to play hard in the dirt and mud, so some individuals may require monthly washing.

They have drop ears which makes Beagles prone to ear infections. When air can’t circulate into the ear, wax, water and harmful bacteria can get out of control. Weekly maintenance ear cleaning with a veterinarian-approved cleanser can keep painful ear infections to a minimum.

The origin of the Beagle is described in an American Kennel Club publication as being “lost in the mists of ancient days and no research, it seems, can ever bring its true history to light.” It is said that before the time of the Romans – back to the time of Pwyll, Prince of Wales (a contemporary of King Arthur) – packs of superb white hounds were hunted in Britain. Some people claim that those light hounds are among the predecessors of all modern hounds. Most experts agree that hounds are indeed the original ancestors of all sporting breeds – including the gazehounds or sighthounds, which hunt almost exclusively by sight, and the true hounds, which hunt primarily by their sense of smell. The Beagle is and always has been a scent hound.

As hunting became increasingly popular in England, country gentlemen bred and hunted larger hounds (called Buck Hounds) on deer and smaller hounds (called Beagles) on wild hare. By the middle of the 1700s, the small hare-hunting dogs were further divided into the Southern Hound which was ponderous and deliberate, with long ears and a deep voice, and the North Country Beagle which was quick and had tremendous tenacity and stamina. The modern Beagle was refined in the mid-1800s, when a gentleman named Parson Honeywood formed a good pack from the North Country type. Virtually all Beagles today go back to his line. Always bred to be small, at one time Beagles were purposefully bred to be tiny. A dwarf dog called a “Pocket Beagle” was popular for a time, but it ultimately fell out of favor and no longer exists.

In the early years of the American deep South, hunters used a small dog called a Beagle which more closely resembled a straight-legged Basset Hound or Dachshund. They were mostly white with some dark markings, tireless in the field and quick, but also were snappy and not particularly attractive. In the 1860s, General Richard Rowett imported beautiful hare hounds from England and began refining the American Beagle. In the 1880s, a pack of hare hounds was imported from Royal Rock Beagles in Northern England, by Mr. Arnold of Rhode Island. James Kernochan brought another well-bred pack over from Northern England in 1896. Together, these hounds formed the foundation of the Beagle breed in America as we know it today. The Beagle Club of England was founded in the late 1800s and helped to fix the breed type.

Beagles were recognized by the American Kennel Club in 1885 as members of its Hound Group. The National Beagle Club was formed in 1888 in the United States. From that time on, field trials sprang up all over the country, and the Beagle has only grown in popularity since. The National Beagle Club held its first field trial in 1888, causing field trials to surge in popularity across the United States. Hare hounds were separated into those under 13 inches and those between 13 and 15 inches at the withers, and they competed both singly and in packs. Those sportsmen and sportswomen who preferred to hunt with packs generally pursued hares rather than cottontail rabbits; hares are larger, do not go to ground and tend to spoil the hunt when they run straight, fast and for a long distance. Those who hunted their Beagles individually seemed to prefer hunting the rabbit. Since they lived in packs for hundreds of years, Beagles naturally enjoy the company of other dogs. According to an AKC publication: “Curious and comedic, they often follow their noses–which can lead to some mischief if they are not provided with daily activity.”

The average life span of the Beagle is 12 to 14 years. This is slightly higher compared to the median lifespan of most purebred dogs (10 to 13 years), and most breeds similar in size. Potential hereditary defects and disorders more commonly found, but not necessarily found, in the Beagle are as follows:

Beagles are smart, affectionate, curious, friendly and playful. They are ideal family pets because of their size, groomability, and easy going nature with children. Beagles are full of energy, and benefit from an active family with a yard where they can run around and explore. Couch potatoes will want to steer clear of beagles; this breed loves constant activity and the outdoors.

Despite their compact size, beagles require a lot of exercise. At first glance they might seem like a good apartment dog, but families who don’t have fenced yards for beagles to run in should be sure to walk them and take them to the park regularly in order to keep their weight down and to prevent boredom. Because they were originally bred to be hunting dogs, beagles like to stay active and love being outside. Breeders recommend several long walks a day, plus time for running.

Beagles have been labeled stubborn dogs, and have a reputation for being difficult to train. It is recommended that obedience training be introduced as early as possible, before stubbornness can set in. Beagles respond best to training done with treats as well as positive reinforcement – punishments only cause them to develop avoidance behaviors.

The Beagle’s response to scent is both a blessing and a curse. Their highly evolved sense of smell makes them some of the best hunting and tracking dogs around, but if your family beagle catches a scent while outside, he will employ what some trainers call, “selective deafness,” meaning he will tune you out completely and will not respond to your calls for him to return. For this reason, breeders recommend never leaving your beagle off-leash in an area that is not fenced in.

Separation anxiety, barking, and destructiveness are common behavioral problems in beagles. Fortunately, they can almost all be prevented by keeping your beagle well exercised. Taking your Beagle for a long walk before leaving the house will leave him with little energy to be destructive. Beagles who bark or howl are often doing so because they are bored. Ensuring your dog has plenty of exercise and toys or bones to chew on, will keep him entertained and will stave off many of these undesirable behaviors. 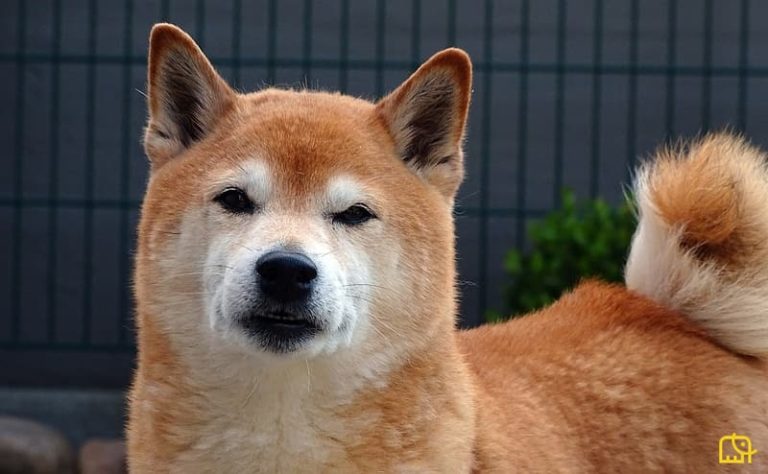 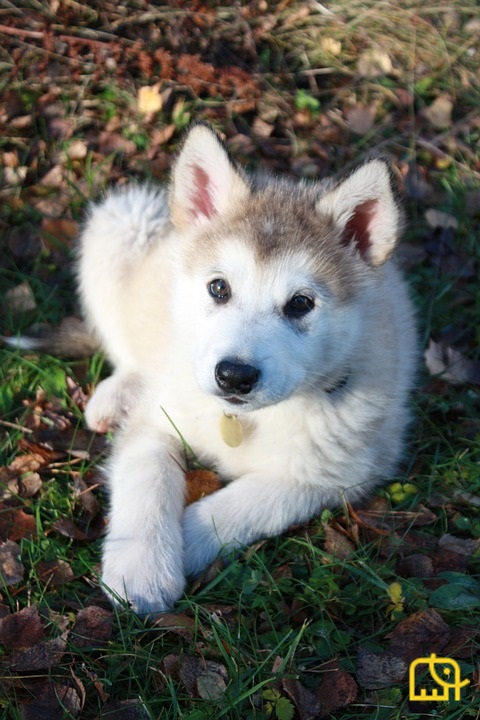 Introduction Of Alaskan Malamute Dog The Alaskan Malamute, also called simply the Malamute and nicknamed the “Mal,” is one of the oldest Arctic sled-dog breeds. Its name comes from the Mahlemuts, an Inuit tribe that settled in northwestern Alaska long before it was part of the United States. This breed is sometimes confused with the… 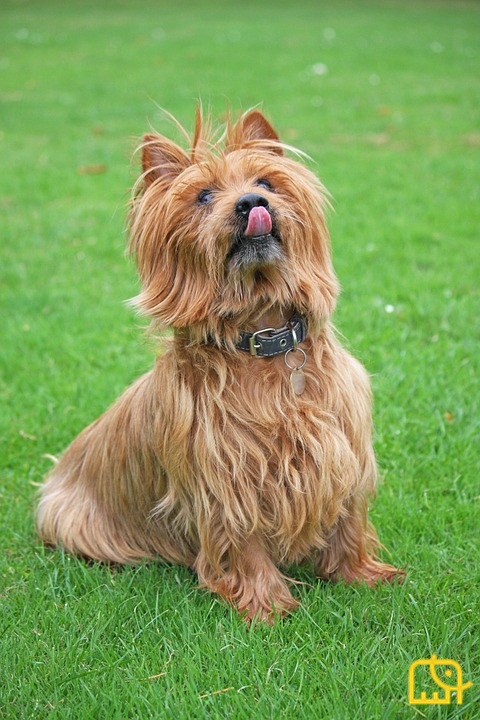 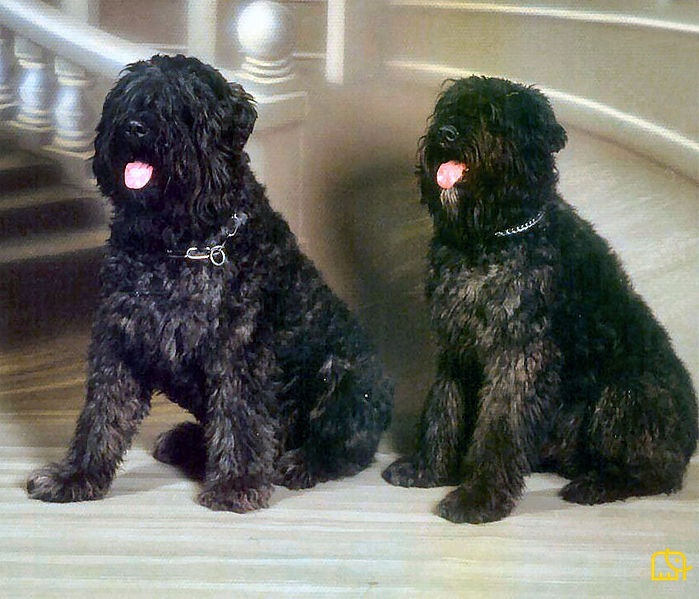 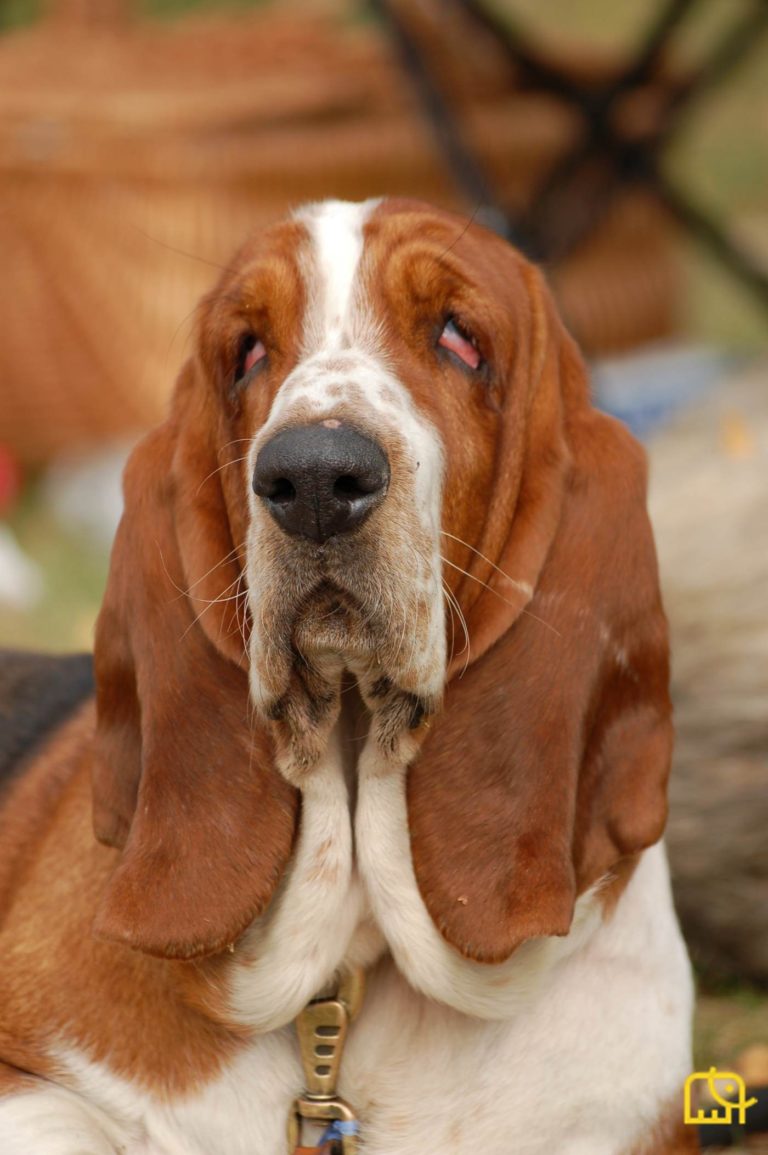